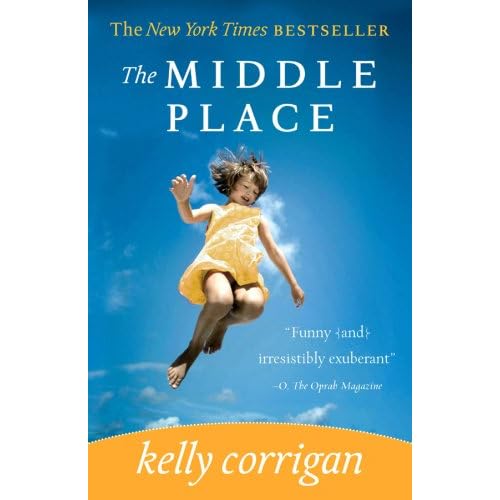 My mom read this and then gave it to me (she often does this, as does my dad, and I confess the pile of books on my nightstand is towering and dusty because I need to make more time to read). I just finished it and wanted to share an excerpt that resonated with me:

One summer between college years, I was out on the deck at Wooded Lane having some Inglenook over ice with my mom, probably smoking one of her extra-long Benson & Hedges, which she had begun sharing with me when I turned twenty. I asked her what the worst time in her life was.

“Sixth grade was pretty bad,” she said, thinking out loud.
“Wow, me too.”
“Not my sixth grade, Kelly. Your sixth grade.”
“Why?” I asked, wondering if I had forgotten something terrible that had happened to her that year.
“You’ll see. When you’re a mother and your kid’s in pain and you can’t stop it—it’s hell. Absolute hell.”

This conjured up memories of my sixth grade experiences, and I truly hope my daughters won’t ever have to go through anything like that. If, God forbid they do, I hope I will have the strength, patience, and wisdom to help them get through it.

In sixth grade there was the “in crowd” and I was not a member of this elite group, although part of me desperately wanted to be. I was friends with a few of the girls on the fringes (i.e. not the Queen Bees), but I was never able to assimilate, as it were, not that I really wanted to once I fully realized the consequences. Sixth grade is the main reason I’m still sort of a loner to this day, and why I always secretly long for acceptance. I had a best friend then named Rebecca, and we were attached at the hip. When I tried to start hanging out with the Queen Bees, they told me I could, but that I had to leave Rebecca behind. So I did. But not for long because I realized how dumb that was…but by then it was too late and I’d hurt Rebecca’s feelings. Things were never the same after that. The Queen Bees often made fun of me, which was difficult, and I tried to ignore then, which was next to impossible because everyone listened to them and immediately subscribed to their way of thinking.

This situation presented itself again in high school, although by then we had all grown up a bit and I had my nose fixed, which meant no one could call me “Witch Nose” anymore (a huge step for me). I had friends, but I still spent a lot of time alone and was not a part of the popular crowd.

Now that I’m an adult (yeah, right!) I think back on all this stuff and wish I’d stood up for myself more, stood up to others more, and also not cared so much about what other people thought. And I wish I could let go of this little girl inside who still feels awkward in social situations and naturally assumes people don’t really want to be friends with her. Sigh.