Want to write your own memoir and link up? Head over to I Like to Fish and visit Travis!

When I was 14 I traveled to France as an exchange student. I arrived confidently armed with my knowledge of textbook French I’d gleaned under the austere eye of Madame Barr. Yet somehow learning the language from a book with photos of goofy French people on the front 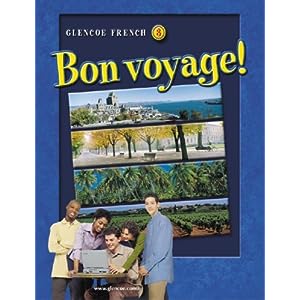 is light years away from listening to locals speak it: foreign words sparking from their lips like lightning, then a questioning glance at me as I’d blush furiously and say, “Pouvez-vous parlez plus lentement, s’il vous plait?” (Could you please speak more slowly?) Probably the second most commonly uttered phrase I used that summer was, “Je suis desolee, mais je ne comprends pas.” (I’m sorry, but I don’t understand) Or, when all else failed, “Merde!” (Shit!)

It didn’t matter though because there’s one language that requires few words–the language of love. Unrequited, lusty powerful, teenaged love. Gautier was his name, wearing too much Farenheit cologne was his game. He wore glasses, had light brown hair, and was quiet and very intellectual looking. In my typical Amazonian fashion, I surpassed him in height by at least two inches. I remember bringing my ancient headphones and (insert cringe here) cassette player with me on the trip (after all, it was 1991), listening frequently to R.E.M. in a hammock overlooking the Mediterranean from our villa on the coast of St. Tropez in southern France:

It’s bigger than you
And you are not me
The lengths that I will go to
The distance in your eyes
Oh no, I’ve said too much
I set it up

Dreaming of Gautier’s lips on mine and unaware of the tragedy that would befall me a few months later (my father’s coming out of the closet), I spent a blissful month in France coming of age.

One day Anne-Sophie, Gautier’s younger sister and her BFF Caroline grabbed my doll, whom they’d affectionately dubbed “Puppeynette,” from my sandy bed and we managed to sneak into Gautier’s room to douse her with his Farenheit cologne. Caroline likewise fancied Gautier, but he seemed to despise merely tolerate us. Just then he caught us and yelled as we laughed our girlish laughs, our bare feet pounding the terra cotta floors while our hair, wavy from the salty ocean water, danced behind us.

Munching on French bread dripping with preserves for breakfast on the patio overlooking the boundless sea, the heavy smell of salt hanging in the air. The Mediterranean, which I’d only ever studied in school, was just a short walk from our nine-bedroom villa. Women’s breasts on display, laissez-faire attitudes, loads of eateries and giant slices of Tropezienne, a local delicacy, to satisfy my sweet tooth. 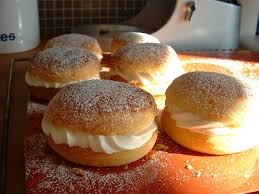 Spending that summer with girls my age from another country taught me a few things…. 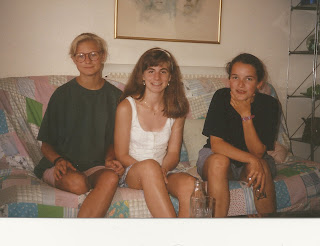 (Anne Sophie, Me, and Caroline at the villa)
–First, that I should scour clean the tub after shaving my legs in order to avoid being the butt of their jokes.
–Secondly, that even though they don’t shave and don’t bathe as often, people are people and certain things are the same no matter where you are.
–That you will learn the most “real” French by just hanging out with the locals for a lengthy period of time, yet they’ll still laugh at your accent.
–There’s nothing quite like the stench of the French, especially closed up in a BMW sedan for eight hours without air conditioning (Actually, make it 16 hours, because it was eight hours to St. Tropez and another eight hours back to the family’s home in Lille a few weeks later).
But sitting in the middle of the backseat with my arm occasionally brushing up against Gautier’s was worth every minute.