I made this last night along with some Tilapia. Delish. The recipe claims to serve eight, but Hubs, Izzy and I pretty much devoured the entire thing and there’s very little leftover. This was the first souffle of any kind I’ve attempted, and I think it turned out pretty well (mine didn’t look as pretty because my dish was too large, but who cares as long as it tastes good?). I love Everyday Food, and if you haven’t checked it out, please do so immediately!

Preheat oven to 375 degrees. Butter a round 1-quart tall-sided baking dish and dust with breadcrumbs; set aside. In a large skillet, heat 2 tablespoons water over medium-high. Add spinach and cook, stirring constantly, until wilted, about 4 minutes. Transfer to a strainer to cool; press to release liquid.

In a medium saucepan, melt butter over medium until bubbling. Add flour and whisk until a paste forms. Continue to cook until pale blond in color, 2 to 3 minutes. Whisking, gradually add milk. Cook, whisking, until lumps are gone and mixture is thickened, 3 to 5 minutes. Remove from heat. Stir in cheese until melted; season with salt and pepper. Transfer souffle base to a large bowl.

In a food processor, pulse spinach and egg yolks until coarsely pureed. Add 1/4 cup souffle base; pulse until blended. Stir spinach mixture into remaining souffle base. (To store, press plastic wrap against surface and keep at room temperature, up to 4 hours.) 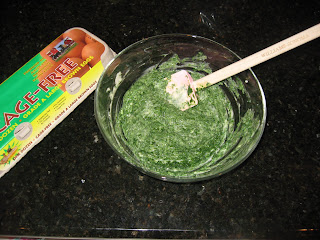 In a large bowl, using an electric mixer, beat 4 egg whites and pinch of salt on medium-high until stiff peaks form (do not overbeat), about 3 minutes. 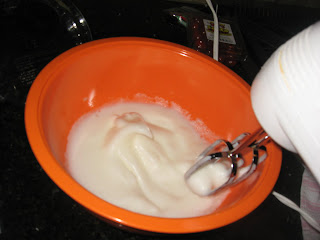 In 2 additions, gently fold egg whites into souffle base. 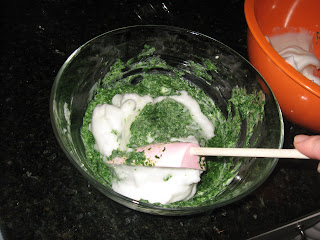 Pour batter into prepared dish and bake until souffle is tall, browned, and firm to the touch, about 35 minutes. (Avoid opening oven during first 25 minutes of baking.) Serve immediately. 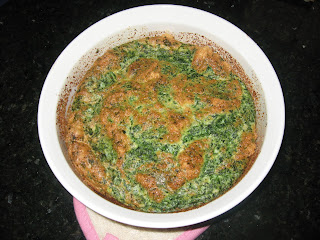